On Friday 6th March, the Frazer Theatre Comedy Club is back with another four of the best the UK comedy circuit has to offer!

As always, tickets remain at £10 in advance and are available from the Old Chemist Shop, Market Place, Knaresborough, by calling 07835 927965 or from our online box office by clicking the Buy Tickets button. Any remaining tickets will be available for £12 on the door. Doors open at 7.30pm, show starts at 8pm.

The full line-up* is: 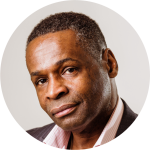 Junior Simpson
With his infectious energy and huge stage presence, it is easy to see why Junior Simpson is a circuit favourite. Simpson has a boundless joy and exuberance that has audiences hooked with hilarity. A true observational comic, Simpson finds his humour in the everyday and humdrum with anecdotes of his world travels as a comedian adding a personal originality to his set. Although mischievous and daring, he is never crass or crude and can tailor his set to suit any audience making him a favourite for warm up, TV and corporate work.

Junior is a regular headliner at clubs all over the UK and is also in great demand internationally performing as far afield as South Africa and Australia. 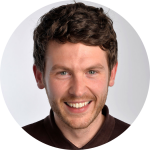 George Lewis
George Lewis is a stand up comedian from Stockport. In the last couple of years he has appeared on the BBC New Talent Hotlist, hosted Top Gear: Extra Gear (BBC Two, Three and Worldwide) and was the winner of Celebrity Mastermind (specialist subject: Oasis).

Early in his career, he had successes in several new act competitions, following in the footsteps of Sarah Millican and Jack Whitehall to win the Amused Moose National New Comic Award, as well as Nando’s New Comedian of the Year, the Brighton Squawker Award, the Comedy Cafe New Act Award, and the Comedy Knights Fresh Comedian of the Year. In 2016 he was runner up in the prestigious Leicester Mercury Comedian of the Year, was selected to perform as part of the Pleasance Reserve, and was a BBC New Comedy Award finalist. He then went on to do tour support for Romesh Ranganathan, Josh Widdicombe, Tom Allen and Russell Kane. 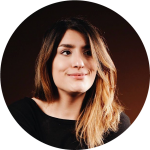 Cela Ab
Celya Ab is the most unique emerging talent on the UK circuit. Originally from Paris, France and of French – Algerian origins. Celya is now residing in the sunny city of Birmingham and has been making a huge impression on the UK comedy scene despite only starting her comedy career in 2017. Able to perform in French & English, Celya’s sharp writing brings a unique look into life as a EU expat living in post brexit Britain. With a very likeable stage presence and natural ability Celya looks destined for the top! 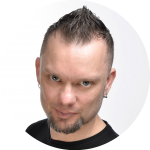 Our MC, Sully O’Sullivan is a seasoned international headliner who has performed all over the world. First stepping onto the stage in his native New Zealand, Sully rocketed to stardom making his TV debut just 7 months later in New Zealand’s cult stand-up series Pulp Comedy on TV2, where he went on to appear in another three seasons.

In 2005 Sully decided to spread his comedy wings and head to the sunny coasts of Great Britain. Over a decade later and he’s now performed in almost every corner of the country including the Orkney Islands, the Isle Of Man, the Isle Of White & the Channel Islands! Basically there’s not many places in the UK that Sully hasn’t set foot. Renowned as an act capable of performing in any room and to any audience, Sully has also built up a reputation as one of the most reliable and quick witted comperes on the circuit.