The Frazer Theatre Comedy Club enjoyed a riotous sell-out show in January and we’re keeping things rolling with another evening of absolutely top-notch comedy on Friday February 7th. Four more of the best in the business will perform on our hallowed stage, making it another evening you just can’t miss!

As always, tickets remain at £10 in advance and are available from the Old Chemist Shop, Market Place, Knaresborough, by calling 07835 927965 or from our online box office by clicking the Buy Tickets button. Any remaining tickets will be available for £12 on the door. Doors oepn at 7.30pm, show starts at 8pm. 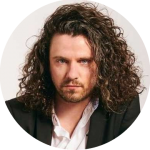 Alfie Brown
29 year old Alfie started gigging on the comedy circuit 11 years ago, following his first foray into the spotlight at 15, performing in Harry Hill’s stage show Wild Horses. His Edinburgh debut came in 2009 with The Lunchtime Club, performing alongside the cream of young British comedy talent Joe Lycett, David Morgan, Benjamin Partridge, and Ivo Graham, the latter with whom he went on to perform an Edinburgh show alongside the following year. Deemed too alternative even for Stewart Lee’s Alternative Comedy Experience, by his own account, Alfie has not shied away from continuing to court the controversial. 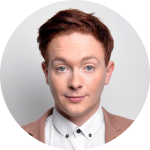 Stephen Bailey
Stephen Bailey is a comedian, presenter, television personality and writer, whose friendly and open brand of gossipy humour has made him one of the UK’s most exciting up-and-coming acts in comedy at the moment.He is the host of Celebs on the Farm/Ranch (Channel 5) and has recently filmed Live at the Apollo (BBC Two), Celebrity Mastermind (BBC One), Celebrity Coach Trip (E4) and the second series of The Stand Up Sketch Show (ITV2)

It’s been a busy few years for Stephen as he was the resident Agony Uncle on Zoe Ball on Saturday/Sunday (ITV) and a series regular on Big Brother’s Bit on the Side (Channel 5) until the end of their runs. In 2019, Comedy Central Live – Stephen Bailey; his first 30 minute stand-up special was released and in 2020 Stephen will be seen as the new host of a returning Comedy Central series 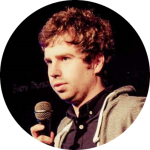 Danny Clives
Danny Clives is a comedian, writer and illustrator based in Dudley, UK. In his short career he has already achieved an awful lot, acting as tour support for Joe Lycett and Guz Khan, appearing in the final of the Leicester Square Theatre New Comedian Of The Year, shortlisted for the BBC Comedy award and being handpicked to appear as part of the prestigious Pleasance Comedy Reserve at the Edinburgh Fringe Festival. In 2019, he performed at Green Man Festival in Wales, The Second City Theatre in Chicago and performed his debut hour show ‘Looking To Bang’ at The Birmingham Comedy Festival. 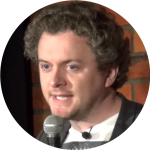 Carl Jones
Midlands comic Carl Jones first hit the circuit in 2011 after winning the Nottingham Comedy Festival Best Newcomer in his first handful of gigs. Since then, he’s gone on to reach the BBC New Comedy Award heats, the latter stages of numerous national new act competitions and gig at some of the top comedy clubs across the UK.
Away from the stage, Carl is a regular contributor to BBC Radio’s comedy output and his writing can regularly be heard on Newsjack, The Show What You Wrote and, most recently, as additional writer on national institution The News Quiz on BBC Radio 4.